Basic principle of the balance

It should be noted that the balance did not develop into what it is today. It still has a history of development! The invention of the balance is very early. It is rich in aquatic plants in the Nile Delta of Egypt. It is very similar to the reeds growing in the watery areas of China. The stems are peeled off and sliced layer by layer. It can be written. This kind of thing is called papyrus. The paper in the texts of many European countries evolved from the Latin of papyrus. The book written in papyrus is a paper cursive, which has become an important historical document of ancient Egypt. The situation in ancient Egypt that we now know, especially the historical development of science and technology, is mostly derived from the records in the paper cursive. Of course, the text on the paper cursive is not a modern text, but a hieroglyphic text that has been read by many experts. According to the paper cursive, as early as 1500 BC, the Egyptians had already used the balance, and others said that it was still early, about 5,000 BC. Although the balance of ancient Egypt is very rough, it has the outline of a modern balance and has become the prototype of modern balance. 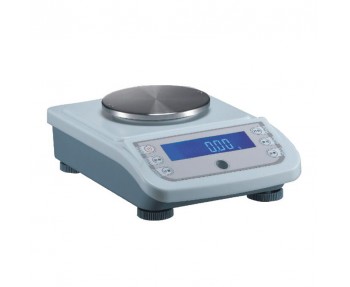 The balance used by the ancient Egyptians used a vertical stick to drill a hole in the middle, traversing a stick, and hanging a plate on each end of the stick with a rope. This kind of balance has been used for a long time, until about 500 BC, Rome's "rod" appeared, the rod said to move to the position of the weighing to maintain the balance with the weight of the item, in fact, the end of the balance (Putting the code end) from fixed to active, the advantage is that you only need to match a scale, and the calibration weights of the balance is several. The pole is also used to hang a plate with a rope, and then hang a rope with a rope. The basic form is the same as the balance except that one end is movable.

In the process of using the balance and the rod, people feel that it is very troublesome to hang a plate with a rope, which is very inconvenient to use. So, some people want to get rid of this hateful rope. In the middle of the 17th century, the French mathematician Lobel Barr invented the swinging pallet balance. The invention of the pallet balance is considered to be a major improvement on the ancient hanging balance. So far, the pallet balance is still being widely used.

It should be pointed out that the invention of the pallet balance did not cause the hanging balance to withdraw from the historical stage. On the contrary, the hanging balance not only continued to be used by people, especially the scientists continued to use it, and it was continuously improved in use, and the precision balance widely used in modern times. Most of them are hanging type, and the tray balance is used more in daily production and life. In scientific experiments, it is mostly used in weighing with less precise requirements.