What Is An Ultraviolet-Visible Spectrophotometer?

Ultraviolet visible spectrophotometer is a very important type of analytical instrument, no matter in the scientific research fields of physics, chemistry, biology, medicine, materials science, environmental science, etc., or in the chemical industry, medicine, environmental testing, In modern production and management departments such as metallurgy, UV-Vis spectrophotometers have extensive and important applications. 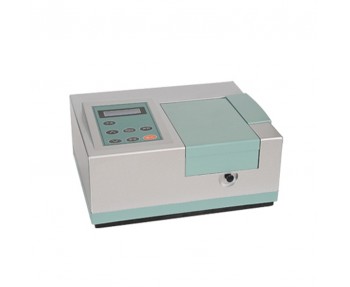 The development of UV spectrophotometer

In terms of light-splitting components, it has experienced the process of prisms, machine-engraved gratings and holographic gratings. Commercialized holographic blazed gratings have quickly replaced general scribed gratings. In terms of instrument control, with the emergence of single-chip microcomputers, microprocessors, and the combination of software and hardware technologies, the early manual control has progressed to automatic control. In terms of display, recording and drawing, the meter head (potentiometer) was used to indicate and plotter drawing was used in the early days, and then digital voltmeters were used for digital display. Nowadays, LCD screens or computer screens are used more frequently. In terms of detectors, photocells and phototubes were used in the early days, and photomultiplier tubes and even photodiode arrays were more commonly used later. The combined application of the array detector and the concave grating makes the measurement speed of the instrument a qualitative leap.

In terms of instrument configuration, it has developed from single beam to double beam. Now almost all advanced spectrophotometers are dual beam. Some high-precision instruments use double monochromator, which makes the instrument performance in terms of resolution and stray light. Greatly improve. With the development of integrated circuit technology and optical fiber technology, the combined use of new technologies such as small concave holographic gratings, array detectors, and USB interfaces, there have been some portable and versatile miniaturized and even palm-sized UV-visible spectrophotometers. . The development of optoelectronic technology and MEMS technology has made it possible to integrate spectroscopic elements and detectors on a single substrate to make miniature spectrophotometers. With the increasing maturity of light-emitting diode (LED) light source technology and industry, small, portable and inexpensive spectrophotometers using LEDs as light sources have become a hot spot for research and development. In addition to spatial dispersion, some people have also studied the application of acousto-optic modulation filtering and Fourier transform spectroscopy in the ultraviolet-visible region.